“Roots”, pen and ink on paper.

The gods are near, but difficult to grasp. But where danger is greatest, there deliverance also grows. — Hymn to Patmos

There have been times in my life I have felt quite rootless. I come from a culture and family background with nothing in the way of real connection; no strong religious, communal, cultural or ancestral ties. Though when I have investigated my family tree I have found some particularly strong and interesting individuals, some travellers and pioneers. This image of a rootless tree floating in the sky, which came to me quite spontaneously, inspired me to think about all this.

According to Jung, the circle is a symbol of the whole Self, and what Jung means by Self is the total personality, which includes consciousness, the unconscious, and the ego; the Self is both the whole and the centre, while the ego is just the centre contained within the whole, undergoing periodic transformations through a return to fuller connection with the Self.

The spiral can been seen as a circumambulative path to a different mode of consciousness. For Jung, it is a symbol both of the unconscious and the inward journey, as well as the underworld. In this image there is gold at the centre of the spiral, the centre of the circle, the ego and the underworld. Gold symbolising both the solar ego and the end of the great work of alchemy.

Jung at various points equates the symbol of the tree with the mother archetype, life force, meaning in general and the union of opposites such as heaven and hell, and good and evil, with the tree reaching for both at once. In this image the way to the underworld, or hell, is within, and in the centre is the ego. The only way for the tree to reach to heaven, as Jung says, is for its roots to reach down to hell, where we find our demons, and our gold.

There is a sense in this sketch of reaching within for wholeness, of finding what is missing on the outside, inside. There is a root, but it has become a route within, and it is as though it is saying that my Self and my ego are very much defined by journeying into the underworld or unconscious, rather than by being part of the upper or outer world, in which there seems no ground on which to stand. Given that modern culture has no strong values, truths or beliefs, nothing really inherently worth striving for, this seems a sensible motif. One must go within to find them for oneself and, indeed, to find oneself at all.

With the image of the ego in the centre of the underworld or unconscious, I can’t help but think of figures like Inanna, Ishtar, Persephone, and other voyagers into and queens of the underworld, humbled and empowered by their experience of darkness. These and other ancient myths of facing fears and transformations have always fascinated me. Far from rootless, I think my root reaches into something very old and dark and strong, grounded not in the world of things but in the world of meaning. 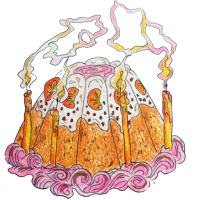 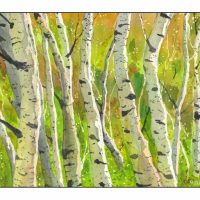 some may think I'm just a fool tilting at windmills, but maybe I'm not

"Shootin' from the Hip Photography Tips"

Art doesn't have to be worthy

to be worth sharing